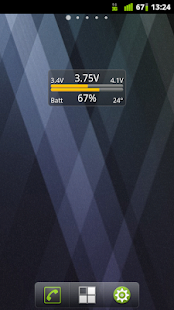 * Vbatt is a simple battery widget for Android smartphones and tablets. It displays the current battery voltage (Vbatt) and the remaining battery capacity (percentage) and optionally logs these values to a CSV-file.

* For testing and benchmarking Vbatt provides a JBox2D** based discharger, which drains the battery and displays the clock and runtime and for CPU benchmarking the simulation frequency.

* Vbatt does not require any internet access, is free of advertising and will remain so in the future!

The main reason for developing Vbatt was the differing behaviour of replacement batteries while discharging them in daily use. On of our batteries is almost empty when a remaining capacity of 5% is displayed. Another one does not even reach this level because the phone powers off before. A third battery; however, runs for many hours even with a displayed capacity of just 1%.

For a better estimation of the remaining phone runtime the Vbatt widget displays in addition to the remaining capacity (percentage) the battery voltage. The upper and lower limits of the voltage bar graph are configurable because especially the lower limit (power off voltage) considerably varies from device to device and according to the battery load.

- Display of battery temperature (depending on the battery/device)

- Optionally logging the battery voltage, capacity and state in a CSV logfile on SD-Card: "/mnt/sdcard/vbatt.log". The logfile can be analysed afterwards on PC with the help of MS Excel, Open Office Calc or most suitable with GnuPlot.

- Discharging or draining the battery by running a JBox2D** based simulation (CPU) and keeping the display on (screen light), evaluation of the runtime until the device turns off. The longer the runtime the better the battery. Before starting the discharger the battery should be fully charged and the phone should be in a comparable state (screen brightness, phone, Wifi, GPS, Bluetooth etc.)

- Logging of the last ten discharger runs (>10min) with date, achieved runtime and the discharged capacity. 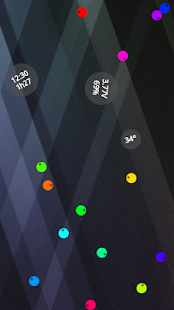 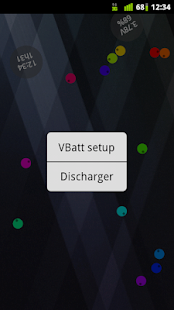 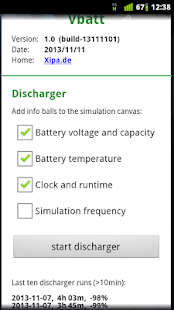 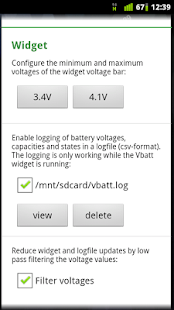 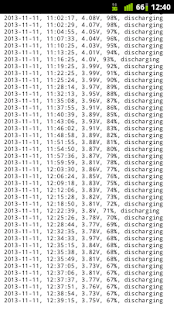 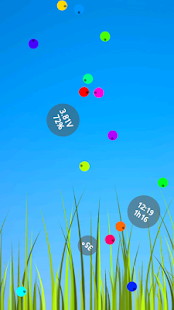 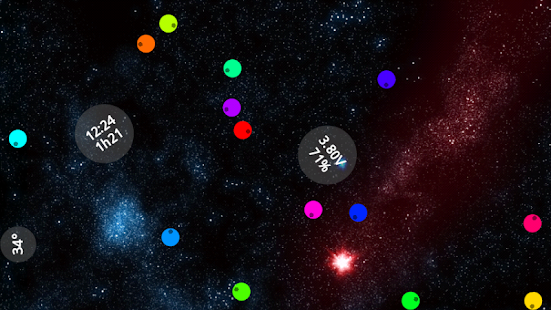 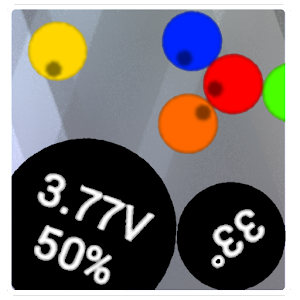 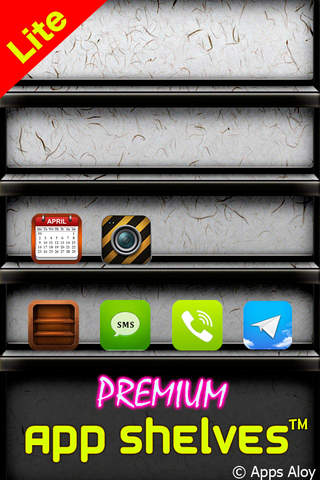 Each wallpaper updated for iPhone 5 resolution Premium App Shelves ™ Lite The best App Shelf App Ever! You will get lots of good quality App Shelf Wal...

A web reader utility that can save web pages into PDF files for offline reading. Everything on the web page will be saved, including images, texts, an...

Checklist of Brasil 2014 collection INCLUDED! iStickerChecklists allows you to easily create, keep track and share your sticker albums or collections,...

Screen Bling brings you hundreds of awesome and free HD retina wallpapers for your icons. With the Screen Bling app, you can select from a nature wall...

With Tapulator, calculating production speeds is just a few taps away. As each item is produced, just tap the giant button at the bottom of the screen...